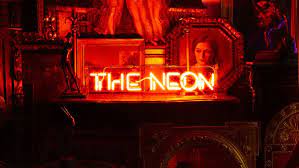 It’s been a long time since we’ve had the chance to go out to a concert because of all the Covid nonsense and so it was with some trepidation that we headed over to the O2 last night to see Erasure on their Neon tour.

I’ve been a fan of Erasure for years and have all of their albums, but had never seen them live before. And so when it was announced that they would be touring after the launch of their latest album, I jumped at the chance to buy some tickets for the London leg of the European tour.

Called the Neon Tour, the show was a collection of some of their biggest hits alongside some new tracks and a cover of the Eurythmics’ Love Is A Stranger. It took a while for the crowd to get into it but eventually, most people were up on their feet singing and dancing along to the songs. Although doing it in a facemask made it a bit difficult at times!

We had a good night, although I probably enjoyed it more than The Wife, and at least it wasn’t too long a journey to get home!