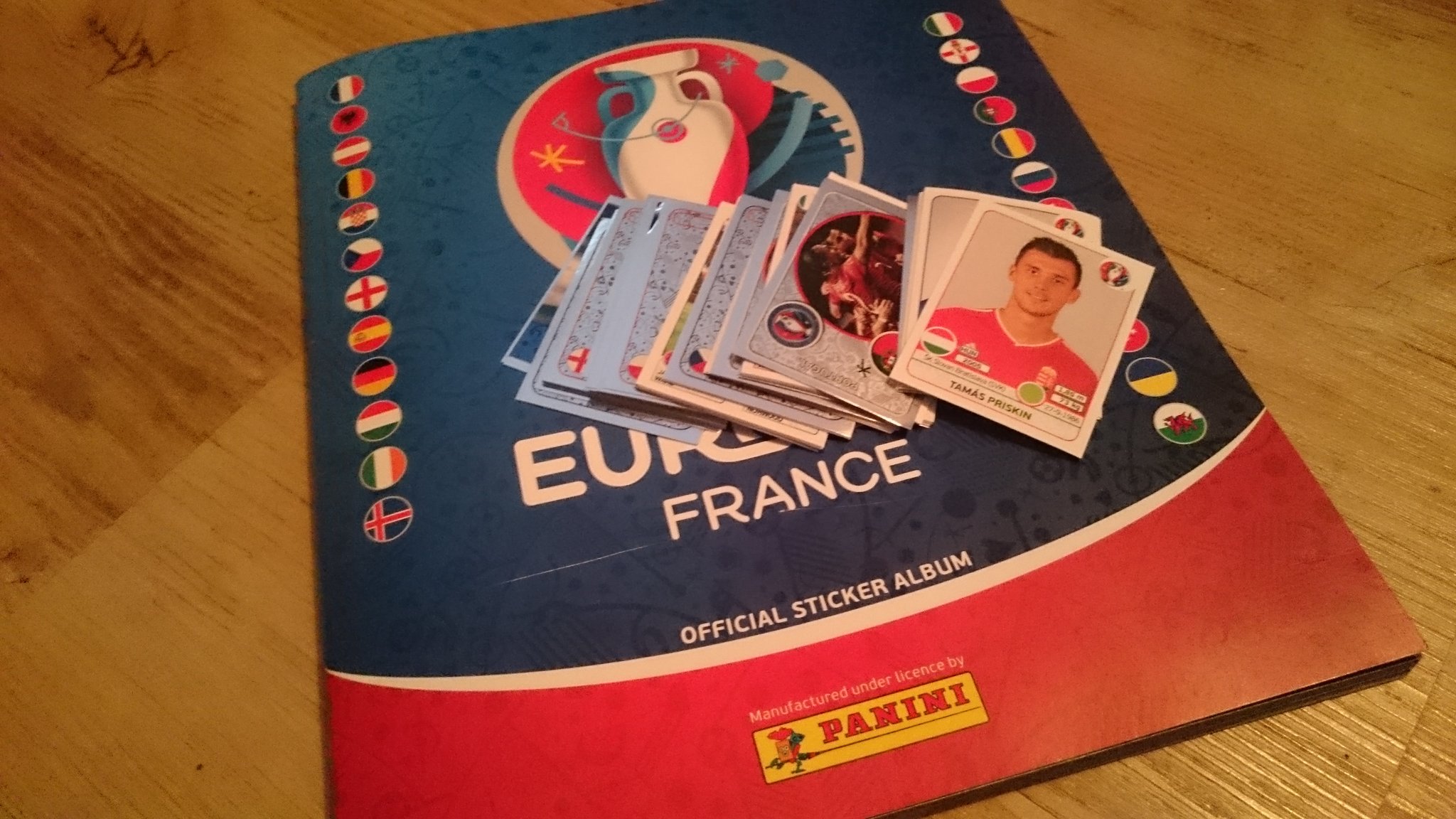 After the fun and success of the 2010 and 2014 World Cup and 2012 Euros sticker collections, it’s time to get sticking again with the new Euro 2016 France Panini sticker album.

I bought the album and about a dozen packs of stickers today and I’ve ordered a box of fifty packs from Amazon which should arrive in a few days and will no doubt take me a while to work through. Is it quicker to sort into order first and then stick into the album numerically, or stick them into the book in the random order that they come in?

Obviously I’m going to go with the first option there!

In the meantime, I’ve signed back up to Swapstick.com so that I can get rid of those dreaded doubles and swap them for ones that I need. I now need to add in the numbers of the stickers that I’ve already managed to double up on.