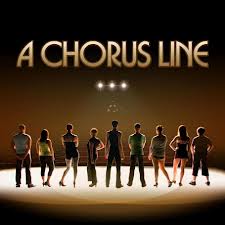 Nothing Beats A Freebie!

One of The Wife’s perks at work is that occasionally they’ll get offered tickets for shows around London. We’ve missed out on a few in the past, but yesterday we were given a free pair of tickets to see A Chorus Line at the London Palladium.

Despite being free tickets, the seats we had were good stalls seats, which I found out usually retail for £65!

A Chorus Line is centered around a number of dancers all auditioning for the chorus line in a musical and the show tells their stories all the while going through audition routines. It is a revival of the 1975 Broadway show that opened in the UK in 1976 and this revival was recently nominated for 2 awards at the Olivier Awards. Leigh Zimmerman actually won Best Performance in a Supporting Role in a Musical for her portrayal of Sheila but it lost out to Sweeney Todd in the Best Musical Revival category.

Although I didn’t know the show that well apart from the basic story line and wasn’t sure what to expect in terms of production, I thoroughly enjoyed it. There are some great songs in it (“One” being the stand-out number) and the dance routines were pretty good as well. There’s hardly any stage props or decoration, just a lot of mirrors!

Overall a great night out. Can’t wait to find out what tickets we’ll get offered next time…