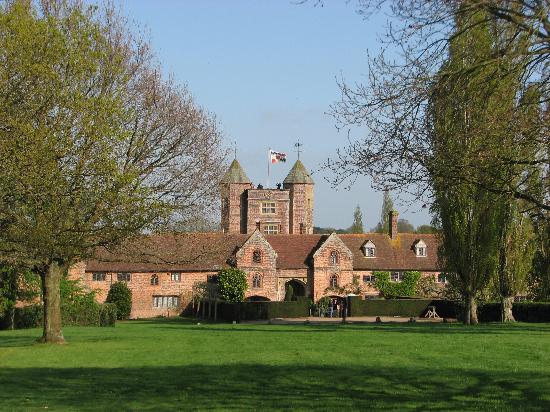 This time we headed to Sissinghurst Castle in west Kent. It took as an hour to drive there and we only just about spent that much time there as there wasn’t really that much to do or see there.

It’s not really a castle in the traditional sense, more an old, large country house with a tower. The grounds around the house are quite pretty and there’s a wide variety of colour as you stroll through them. There’s a moat that goes around two sides of the property – so half a moat I guess – and there must be fish in it as there was a man sitting on the side with a rod.

The tower itself, while not very tall, does give some good views of the surrounding countryside but there’s only so long you can stand around looking.

After about 45 minutes of wandering around the grounds trying to get an idea of what plants we want for our own garden, we decided that there wasn’t much else to do and so headed back to the car for the drive home. Had we not been National Trust members I think I would have felt ripped off had we had to pay the £11 to get in to the house and gardens!