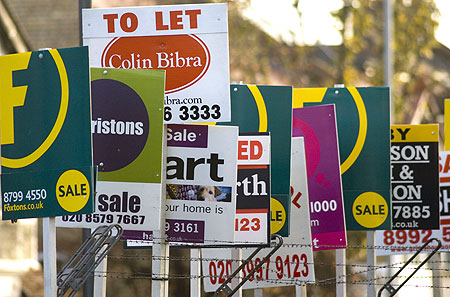 Yet Another No Show

So it’s fair to say that selling our house hasn’t been easy, mainly thanks to the incompetence of the estate agents. Yet again they arranged for a potential buyer to come round and view the property only for them to not show up yesterday!

This is the 4th time it’s happened and apparently it was because the woman had fallen asleep! At 2 o’clock in the afternoon! The Wife and I both thought it was another phantom viewer and so when they re-arranged it for today and we said yes, the estate agent sounded annoyed that The Wife was actually going to be there at the same time.

Being the cynics we are we both said that maybe they actually had to go and find someone now as they were lying about actually having one!

But she did show up to the second appointment and, according to The Wife, she really liked the place (well who wouldn’t, it’s a beautiful house!) and so wanted to arrange a second viewing (3rd appointment!) and bring her husband along.

So actually having got someone in to look at the house they wanted to come back. This is what we have said all along, the pictures on the website don’t do it justice, you need to see it properly. Now hopefully when she returns with husband in tow, he’ll like it as well.