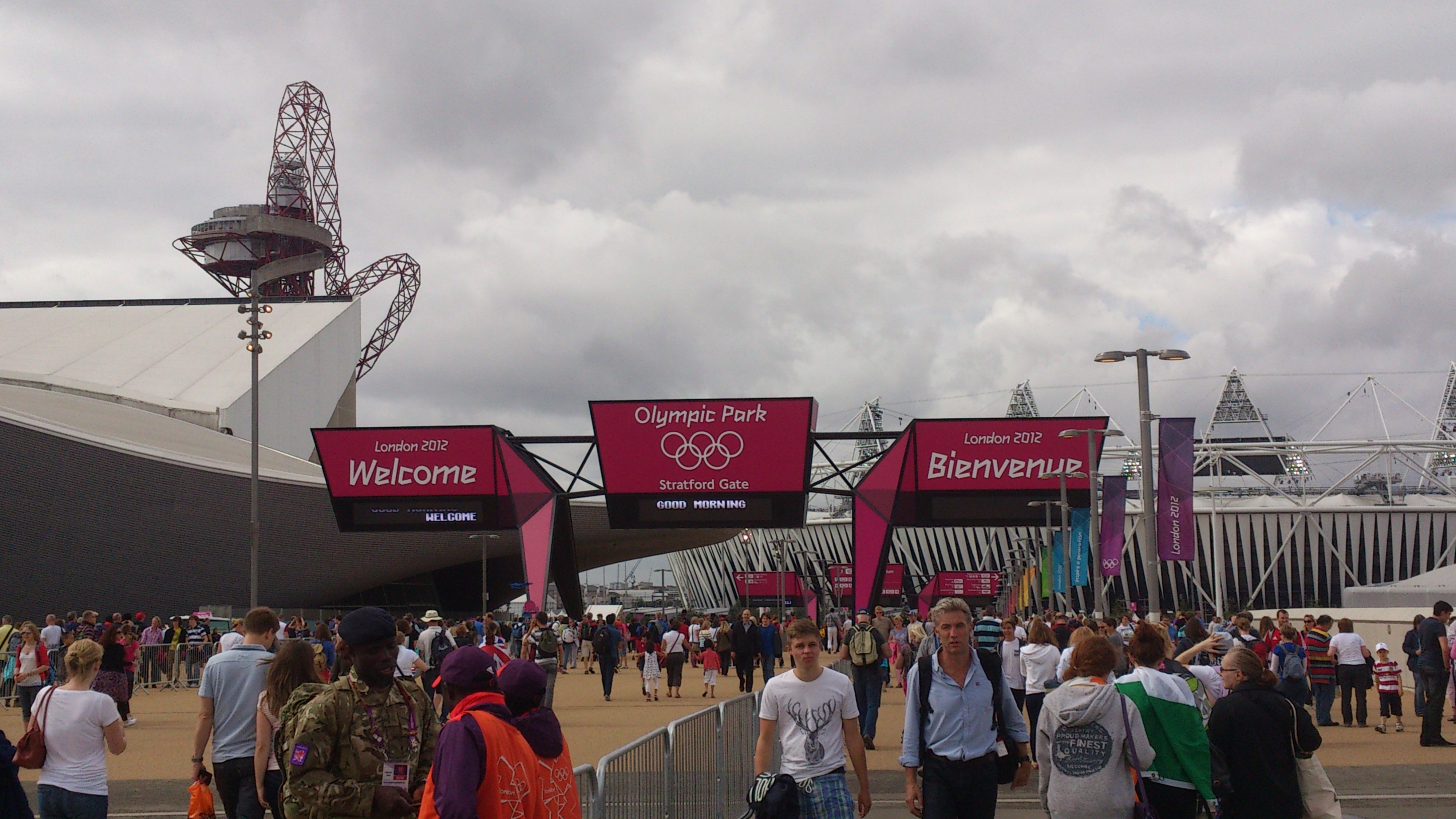 Off To The Olympics

Having applied for a few different sets of tickets for the Olympics last year, the only ones we received were for the Basketball. They were actually my “oh hell, let’s just try for something different” option and I wasn’t too fussed about receiving them.

When the schedules were released a few months back I was happy to hear that for the session we would be going to we would be watching the USA, the undisputed champions of the sport – they’ve won 4 of the last 5 competitions at the Olympics and of the 17 times it’s been an Olympic sport, they’ve won it 13 times!

And so yesterday The Wife and I headed off to Stratford to enjoy a day out at the Olympic Park and watch the USA take on Lithuania. We’d heard all the speculation about delays and queues but we didn’t really experience any. It only took us about 5 minutes to get through security, and so because we had given ourselves plenty of time, we were able to take a wander around the park taking in the atmosphere.

As you enter the park you walk down Stratford Walk with the Water Polo Arena and the Aqautics Centre either side of you and the main stadium rises in front of you. Even though there were no finals happening at the time – just heats – the noise from the stadium was electric. I can just imagine what the noise would have been like some 10 hours later when Jess Ennis was competing in the last event of the heptathlon and winning gold. The Basketball Arena was about a 20 minute walk from the main stadium and we strolled in that general direction, taking a stop at Park Live to watch a bit of telly. We managed to see one of the rowing events where we won silver but we missed the women’s double sculls event that we won Gold in.

We grabbed a bit of food, and then I grabbed a bit more, as my first choice was really poor (don’t have the Mexican taco!) and we took our seats in the arena. We had a great view, looking onto the court from one corner. The game was really entertaining, I won’t bore you with all the details, but Lithuania wouldn’t lie down and took the game to the USA. With only 6 minutes left in the final quarter the USA were behind 82-80 but they managed to turn the game around in the last few minutes. Lebron James scored 9 as they went on to finally win 99-94. Throughout both of the games (we also watched China play Brazil after the USA game) they tried to make the whole experience as much like the NBA as possible, with music playing at various points when the play had stopped and cheerleaders coming onto the court when there was a timeout.

During the breaks in play they kept the crowd entertained with an MC getting people singing and dancing in their seats. They also had the kiss-cam and dance-cam which you see at NBA games. The half time entertainment was pretty good too! This made it feel like a proper event. I’m not sure you’d get the same thing happening while watching the diving or the cycling!

After the second game we wandered around the Park again for a little while before heading back to the station to go home. It was a briliant day and I’m glad that we’d been able to experience these games as I doubt we’ll get the chance again!