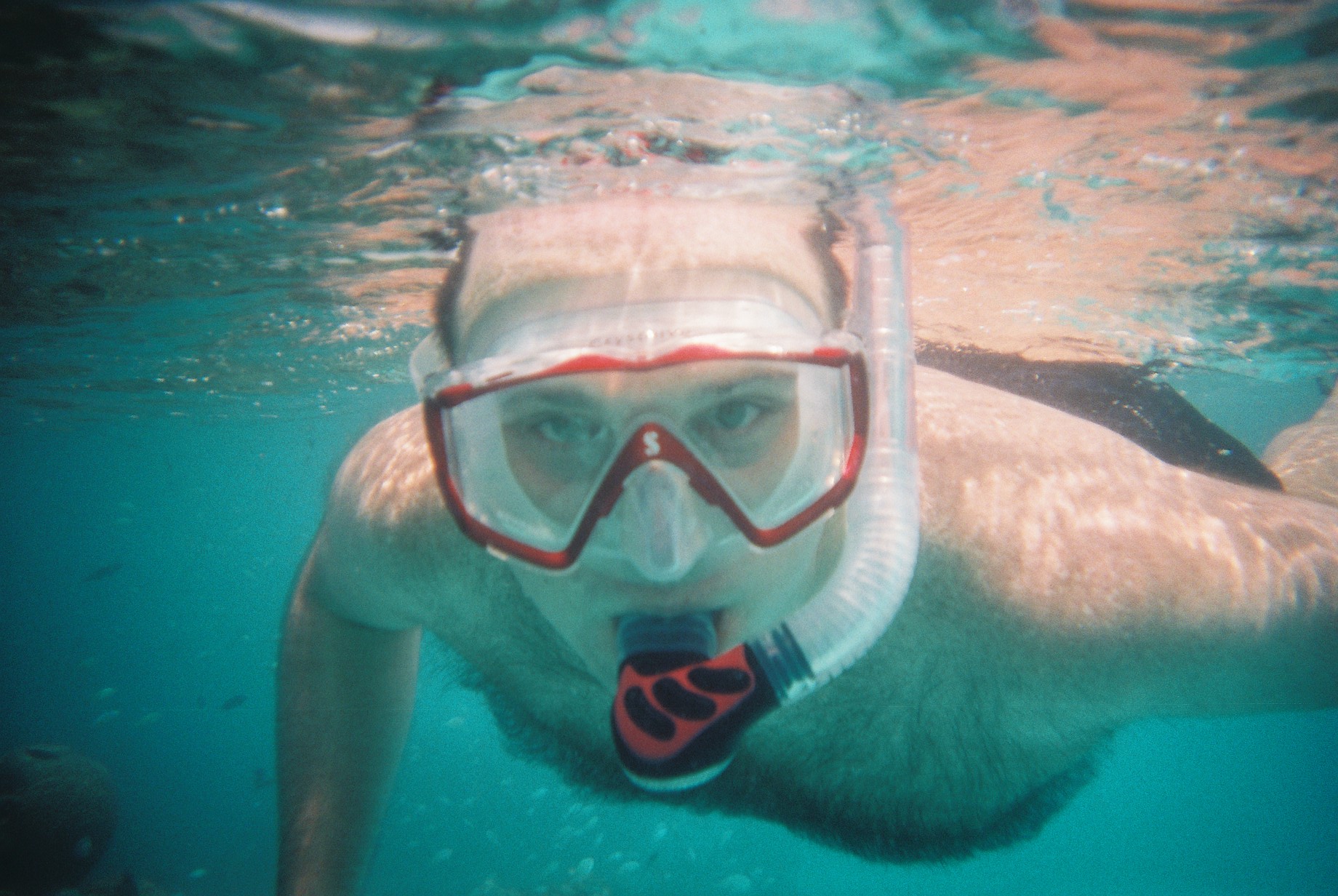 We’ve been in Marsa Alam for a few days and haven’t done much but sit on the beach reading books, which is pretty much how I intend to spend most of this little holiday. Today though, we headed out on a snorkelling trip for a bit of fun in the water.

We were picked up at 8am in the hotel lobby for the 15 minute bus ride into Port Ghalib where we were to catch the boat from. Port Ghalib itself looks like a massive building site, it’s obviously nowhere near finished, although there are a few hotels open, and the marina looks like a nice place to go of an evening with some restaurants, shops and coffee shops to while away the hours in.

Once aboard the boat we were given a short safety drill, and once we’d been given clearance by the coast guard we headed off. We were hoping to see turtles and a dugong while in teh water but knew that we would be lucky to see either of these, especially the dugong as it is a very solitary animal.

The location for the snorkelling was a bay that took about 30 minutes to get to and the journey was a bit bumpy with some big waves. But once we’d reached the bay the water was calm and so we donned our snorkelling gear and entered the water.

We made our way to a shallow area where we were greeted with the sight of a large green sea turtle slowly making it’s way among the sea grass, trying to find something to eat. It was a large turtle, about 1.3 metres in length and had two long fish stuck to either side of it, cleaning its shell.

It didn’t seem to mind everyone crowding around it and went about it’s business without a care. We then swam along the south side of the reef and saw the usual array of fish including porcupine fish, lion fish, and a blue spotted ray. But no dugong.

After lunch on the boate we did a bit of sun bathing before heading out once again. This time the zodiac took us around the bay as we tried to find the elusive dugong but once again we saw no sign of it, so headed back to the reef. The water got a bit choppy as we approached the north side of the reef although once we were in the water with our heads down we couldn’t tell just how choppy it was which was a relief.

This snorkel along the north side was better than it had been before lunch as the numbers of fish were greater (it’s the quantity that counts!) and there were some pretty corals and sea urchins to see.

Once we made it back to the boat we dried off, sat in the sun at the front of the boat (the bow) and headed back to Port Ghalib and the transfer back to the hotel.