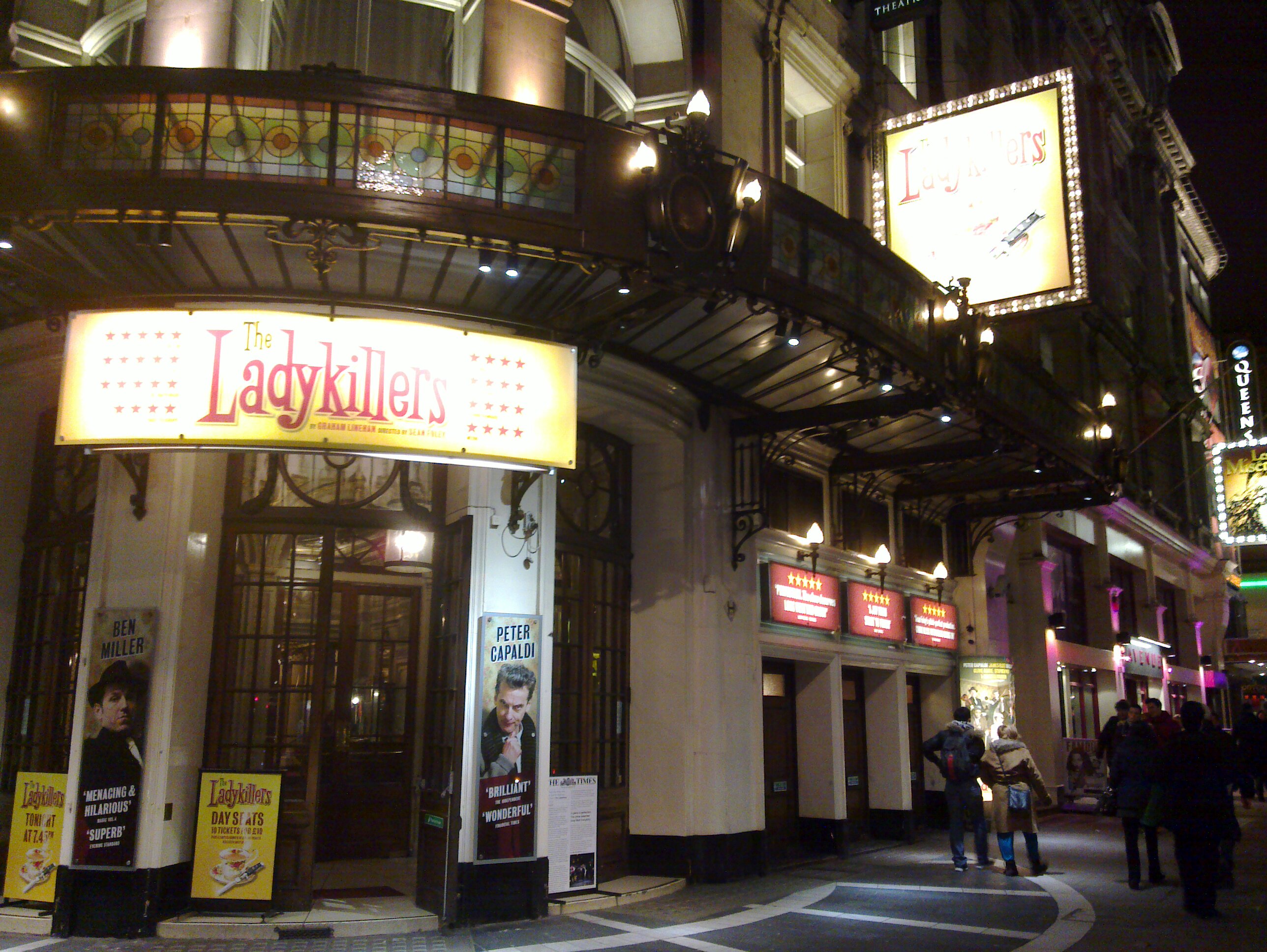 Last night, The Wife and I headed out for our first cultural evening of 2012, with a visit to the Gielguld Theatre in London’s glittery West End to watch The Ladykillers. This stage version of the Ealing comedy has been adapted by Graham Linehan, he of Father Ted and The IT Crowd fame.

I can remember seeing the original film as a kid and enjoying it back then and so when I heard that it was coming to the West End I had to see it.

If you don’t know the story (how could you not?) it’s a classic black comedy; a sweet little old lady, alone in her house, is pitted against a gang of criminal misfits who, posing as amateur musicians, rent rooms in the lopsided house of sweet but strict Mrs Wilberforce. The villains plot to involve her unwittingly in the brilliantly conceived heist job. The police are left stumped but Mrs Wilberforce becomes wise to their ruse and the gang leader concludes that there is only one way to keep the old lady quiet.

There’s a stellar cast as well including Peter Capaldi (The Thick of It), Ben Miller (half of Armstrong & Miller), James Fleet (Hugo from The Vicar of Dibley) and Martin Wright (Whites and Sherlock).

The whole play takes place inside the house of Mrs Wilberforce (OK, there’s a little bit outside as well) as the gang first plan the heist and then decide on how to dispose of the old lady when she finds out that they’re the bank robbers.

It’s been well adapted and is very funny, updated for this generation but still keeping with the 1950s charm of the original without detracting from it. I thoroughly recommend it and I think the woman sat next to me (not the wife, the other side) who was laughing the whole way through would recommend it as well!