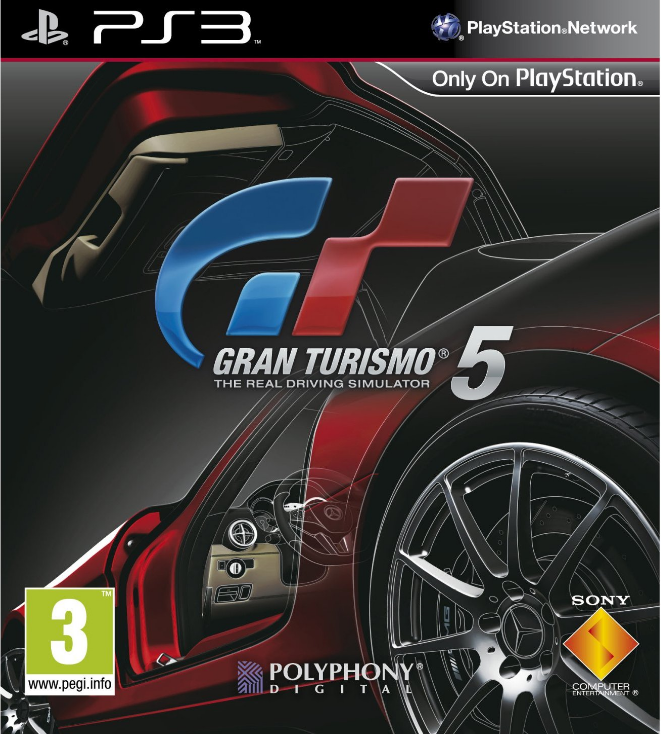 After more than 5 years in the making and countless delays Gran Turismo 5 is finally going to be released on the 24th November.

Originally penciled in as being released on the 5th November, Sony and/or Polyphony Digital decided to piss off the majority of the Playstation community by delaying it’s release once again only 3 weeks before it was scheduled to hit the shops. It’s not clear as to what the cause of this delay was

One of the main reasons for the original delay was realised when it was announced earlier this year that GT5 would be 3D compatible, the first major title to support the new format.

The game itself is going to be huge. There are more than 1,000 cars that you can drive in the game, with 200 of these being premium cars that will slowly disintegrate as they crash into other cars. There are loads of tracks, including the test track from Top Gear!

I was fortunate enough to be bought the game for my birthday and although I should have been able to unwrap it on the actual day, at least I’ve now got something to look forward to in a couple of weeks.

In the meantime I’ll be playing Gran Turismo PSP on my journey to and from work and watching the video below over and over again to whet my appetite for the 24th!